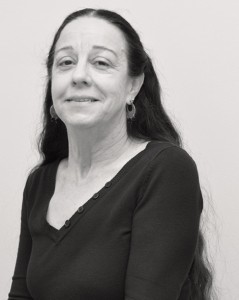 Terezita “Tere” Romo is an art historian, curator and writer with a long career as an arts administrator and foundation officer. Most recently, she served as the Program Officer for Arts and Culture at the San Francisco Foundation, a community foundation serving five Bay Area counties. Previously, she was the Arts Project Coordinator at the UCLA Chicano Studies Research Center (CSRC) where she served as a curator and scholar as well as the administrator for the CSRC’s arts projects. Romo also served as the Arts Director at the Mexican Fine Arts Center Museum in Chicago and Resident Curator at The Mexican Museum in San Francisco, where she organized exhibitions and public programs. She served at the California Arts Council as an Assistant Arts Grants Administrator in the Artists in Residence Program and was later promoted to Program Director of the Organizational Grants Program, overseeing the distribution of grants to arts organizations throughout the state. She has served as reviewer for the National Endowment for the Arts (Washington, DC), Herb Alpert Awards in the Arts (Los Angeles), San Francisco Arts Commission, and the Denver Airport and Sacramento Public Art Programs.

An art historian, Romo has published essays on Chicana/o art in journals, anthologies and exhibition catalogues and is the author of Malaquias Montoya (2011), an artist monograph within the UCLA Chicano Studies Research Center book series “A Ver: Revisioning Art History.” As a curator, she has organized numerous exhibitions, including “Art Along the Hyphen: The Mexican-American Generation,” for the Getty Foundation’s regional initiative, Pacific Standard Time: Art in LA 1945-1980. She is currently an independent curator as well as Associate Faculty and Lecturer within the UC, Davis Chicana/o Studies Department.