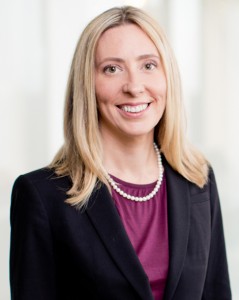 Maggie Carter is a partner in the Los Angeles office of O’Melveny & Myers LLP, in the Firm’s White Collar Defense and Corporate Investigations Practice. Maggie counsels organizations large and small in investigating possible criminal or regulatory violations, responding to requests from government investigators, and making referrals to government investigating agencies. Maggie spent eight years as a prosecutor in the United States Attorney’s Office in Los Angeles, where she focused on public corruption, civil rights, and sophisticated fraud cases. As a prosecutor, Maggie won convictions in numerous high profile jury trials, including as part of the federal investigation of Los Angeles Sheriff’s Department.

Maggie grew up in Fresno, California, where she attended Edison High School. She received her J.D. from Harvard Law School in 2001 and her B.A. from Harvard College in 1996. After law school, Maggie was a clerk to the Honorable Richard A. Paez of the United States Court of Appeals for Ninth Circuit. Before becoming a lawyer, Maggie was a management consultant at McKinsey & Company.

Maggie also sits on the Board of the Western Center on Law & Poverty, the Board of Governors of the Women Lawyers Association of Los Angeles, and the Executive Committee of the Litigation Section of the Los Angeles County Bar Association.