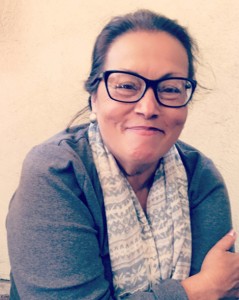 Leonor Lizardo was born in Zacatecas and came to the USA in 1956.  She grew up in Fresno and comes from a farm working family.  This experience sparked her passion to help immigrants and low-income families in Los Angeles.  In 1984 she became the Program Director and Radio producer for KSJV-FM.  Currently she serves as the Chair of this Latino Public Radio Network.

She attended UCLA in 1985 as a non-traditional student at the age of 35 and completed her studies as a History Major in 1990.  She is now retired and lives in Los Feliz.  For over 26 years she followed her passion to be part of change efforts in South Los Angles, East LA, and Watts.  She collaborated with others to advance community wellness and human development.  Each of the organizations she worked for brought the distinct challenges not only of managing the varied programs, but also the urgent need to raise the funds, as well as design the programs.

Her strong motivation to obtain funding and programs was driven to address people’s basic needs, for example, quality education, youth development, affordable housing, access to health care and homelessness.  While in these endeavors Leonor has successfully managed a health clinic, created and implemented youth programs and facilitated human relations, trainings in the city of Los Angeles.

She has served on many non-profit boards, including 10 years with Pacifica Radio Foundation, as national representative for the Los Angeles area, and formed a collective which produced a weekly program entitled, “Clave Latina” that covered political, social and cultural issues for Latinos in Southern California.  Leonor was honored  to organize the community solidarity 12-mile march from Olvera Street to the UCLA campus in June of 1993.