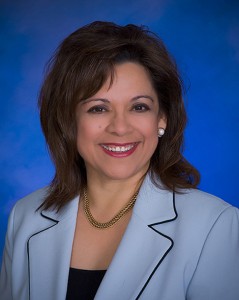 Dr. Lea Ybarra has a doctorate in sociology from the University of California, Berkeley, and has been a professor and administrator for over 30 years. She was a professor and Chair of the CSUF Chicano Studies Department and administrator in the CSU system. She was also a Research Fellow at the University of Michigan, Ann Arbor and a Scholar-in Residence at Harvard. Most recently, she retired as Executive Director of the Johns Hopkins University Center for Talented Youth (CTY), which identifies and provides academic programs to highly gifted students. Under her leadership, CTY enrolled 80,000 students annually from throughout the United States and over 120 countries. Academic programs were offered at thirty campus sites, from Hopkins and Princeton in the east to Stanford and Hawaii Pacific in the west. The Center became the most extensive pre-collegiate program in the world with sites in China, Spain, Mexico, Ireland, Thailand, and Malaysia, and with contracts in Saudi Arabia, Israel, South Korea, India, and Australia. Since its founding in 1979, CTY has enrolled over one million children in its academic talent search. Dr. Ybarra spearheaded CTY’s fundraising campaigns which raised $70 million dollars for scholarships for Latino, African American, Native American, and other underrepresented students.

A recipient of numerous awards for her teaching, research and community service activities, her research has included topics in education, family and gender issues, immigration, and peace and conflict studies. She has also directed a variety of projects that focus on gender equity, including Project EXCEL, which promoted math, science and computer technology opportunities for young women. Dr. Ybarra has been appointed to various commissions and boards and chaired the U.S. State Department’s Advisory Committee on Exceptional Children in Overseas School and the Johns Hopkins’ Council on K-12 Education. She also served on the Governor of Maryland’s Commission on Hispanic Affairs, Johns Hopkins Diversity Council, Harvard University’s Advisory Board on Hispanic Public Policy, and the State of California Commission on Juvenile Justice. She currently serves on the Radio Bilingue Advisory Board.

Among the awards Dr. Ybarra has received are the Johns Hopkins’ Diversity Leadership Award, the top 100 Most Influential Hispanics in the U.S., Maryland’s Top 100 Women, the CSUF Exceptional Service Award for Excellence in Teaching and Community Service, the Fresno Business/Professional Woman of the Year, the Rosa Parks Award for Outstanding Community Service, Hispanic Women Making History, and the Promete Foundation Award in Spain in recognition of her international work with children. She has many publications, including the book and film Americanos: Latino Life in the U.S. with Edward James Olmos, as well as her latest book, Vietnam Veteranos: Chicanos Recall the War.

Throughout her work, Dr. Ybarra has never forgotten her commitment to community. She attributes this commitment to her parents, who even though they had only an elementary school education in a segregated south Texas town, they somehow managed to have a vision of the world that went beyond daily survival and worked hard to have their children achieve university educations. She also attributes it to her education at Cal Berkeley, during the 60’s and 70’s, where she said, “I grew up with a generation where we truly believed we could make a difference and that has always stayed with me.”