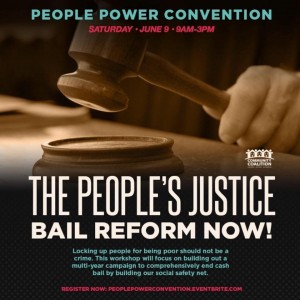 A law that would eliminate cash bail in California was suspended shortly after being signed last summer. Leaders of the multi-million-dollar bail bond industry managed to gather enough signatures to force a referendum through a ballot initiative in 2020. The landmark law signed by Governor Brown has an uncertain future, as it faces not only opposition from bail bond companies, but also from civil rights groups advocating for major reforms to the justice system. Ruben Tapia reports from Los Angeles.

This entry is available only in Español.

This entry was posted in Homepage Feature, Politics, Latest News. Bookmark the permalink.