Your questions about the Census 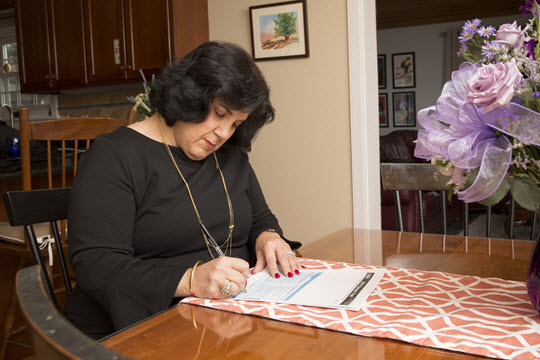 What happens if I don´t answer a question in Census 2020?

The 2020 Census can be as important to the community as the presidential election that will be held on the same year.

Why? Because only once every ten years,and by constitutional mandate, the federal government counts the total number of people living in the United States.  The resulting count determines how federal funds are distributed and how electoral districts are drawn. In other words, services for our community and our political representation depend on an accurate count.

Today we launch an occasional new series to answer the most frequently asked questions about the Census.If you have a question or concern about the Census, please write to pilarmarrero700@gmail.com and we will get the answers from the experts.

Question: What if I only answer part of the Census? For example, if the courts allow the citizenship question, what if I leave it blank and answer the rest? What if I don’t want to give some other details about some family members? Are there legal consequences?

1. Not responding to the Census in whole or in part is technically illegal.

Not responding to the Census, in whole or in part, violates federal laws. The law provides various levels of punishment for those who do not answer the Census or give deliberately false information.

The law (Title 13, Census, Chapter 7, Subchapter II) considers three levels of punishment: failure to answer a question carries a $100 fine. Giving false answers can result in a $500 fine, and giving information to deliberately affect the count can result in a $1,000 fine or up to a year in prison.

2. This is a law that has rarely been applied in U.S. history but…

The last criminal charge of non-response in a Census took place in 1970, when a dissident publicly announced that he would not respond to the Census, and was fined $50 for it. The activist appealed, indicating that many other people did not answer the Census but made no noise about it and no one persecuted them. The courts agreed and dropped his conviction.

“A prosecution would be unusual, unexpected, unprecedented”, said Thomas A. Saenz, President of the Mexican American Legal Defense and Educational Fund (MALDEF), who represents his organization in the Census´s National Advisory Committee On Racial, Ethnic And Other Populations. “That said, this is the Trump Administration and they are very unpredictable”.

3. Census officials have said that even if you leave one question blank, the other answers will count.

According to the internal memos of the Census, there is always a percentage of non-response to various survey questions, and that does not disqualify the other answers.

The historical reality is that there is always a level of non-response in all Censuses, this will not be something new in the 2020 Census. For example, the citizenship question, which has been asked from only a fraction of the U.S. public in the American Community Survey , had a level of 11.6% to 12.3% non-response among Hispanics in 2013-2016. However, there was also a similar level of non-response to other questions on the questionnaire.

Last year, Acting Census Director Ron Jarmin testified before a congressional subcommittee that: “we process many surveys with incomplete responses, the Census is one of them”.  When Rep. Grace Meng of New York asked him whether people who don´t fill out the citizenship question on the Census form would be counted, Jarmin replied: “Yes, but we would definitely encourage people to fill it out as completely as possible”.

Several interviewees for this column indicated that they are afraid to answer the citizenship question if it is ultimately allowed by the courts or that they intend not to do so in protest of its inclusion in the 2020 Census. However, so far everything seems to indicate that if they fill out the rest of the survey, this would not affect the total count and they would not stop being counted.

Saenz, from MALDEF, indicates that “we will never advocate or recommend that anybody not answer any questions”.

4. Omitting answers may or may not increase the likelihood that a Census worker will knock on your door. 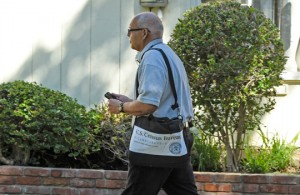 The common practice in the Census is to send agency workers to count those who have not filled out the initial questionnaires. Will someone be sent if only a few answers are left blank? It’s impossible to know but Saenz says he doesn´t think so.

The Census has announced, however, that they will use other “administrative records” to try to complement that information that is left blank.

“What would guarantee the visit from a Census worker is not to answer the questionnaire at all”, said Saenz. “I say if you want to avoid a visit, answer as best as you can”.

Door-to-door enumeration usually happens when there´s no response to the initial questionnaire, but Census studies indicated that this can also be a problem, since in communities affected by the anti-immigrant environment, there is an informational campaign to advise that no one “open the door” unless there is a court order, as many fear it is “la migra” knocking.

There´s no report of anyone been prosecuted for not opening the door to a Census taker, but nongovernmental campaigns that insist on a complete count of all communities will use local organizations that have the trust of the community to encourage participation.

Please send your questions about the Census to pilarmarrero700@gmail.com