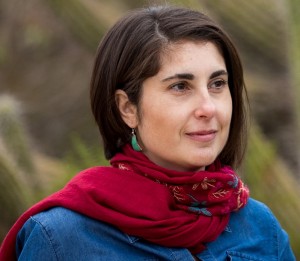 Los Altos, Calif. (January 24, 2018) – The Heising-Simons Foundation announced today the inaugural recipients of the American Mosaic Journalism Prize. Freelance journalistsJaeah Lee and Valeria Fernándezwere each surprised with an unrestricted cash prize of $100,000 for excellence in long-form, narrative, or deep reporting on stories about underrepresented and/or misrepresented groups in the present American landscape.

Exceptional journalism has the power to expose audiences to new perspectives and bring about new understanding. It can humanize the world. The American Mosaic Journalism Prize, a new and large journalism prize based on confidential nominations from leaders in the field, recognizes journalism’s critical ability to foster greater understanding and empathy. The prize rewards and empowers journalists. 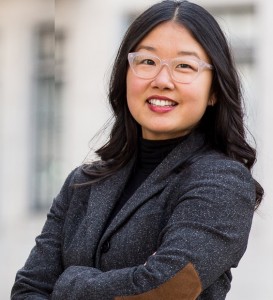 The prize is awarded to two freelance journalists of print, digital, audio, and/or television, based on a collection of work published in or aired on mass media over the past year prior to the nomination (July 2016-August 2017 for the inaugural award). Potential for career advancement is also considered. The prize recognizes that in today’s journalism, freelancers are both vulnerable and valuable. With trimming of newsroom staff, many journalists are working without the support of an institution and with limited resources. And yet, some of the most important works of journalism come from these freelance journalists who commit long periods of time to their stories.

The prize is intended to call attention to these journalists’ great promise and give them the freedom to continue their work.

Confidential nominations were sought from more than 50 leaders in journalism from across the country, with the recipients selected by a panel of esteemed judges.

“Jaeah Lee’s writing gives readers a keen sense of the voices and concerns of those easily forgotten or neglected in the news. With a novelist’s sense of pace and character development, she takes readers deep into the lives of people affected by the nation’s justice system, including the heartbreak of a mother whose son was killed by police. Lee’s reporting on prisons and policing stands out for delving into the stories of people after the headlines fade, exploring different vantage points with complexity and empathy.” – 2018 prize judges

Jaeah Lee is an independent journalist and a 2017 senior fellow at Brandeis University’s Schuster Institute for Investigative Journalism. She is also a 2017 Restorative Narrative Fellow with Images & Voices of Hope.

Ms. Lee’s work has been featured in major national outlets including California Sunday Magazine, VICE News, The Atlantic, The Guardian, Wired, Christian Science Monitor, Global Post, MSNBC, and Democracy Now! She was previously a staff reporter at Mother Jones, where shewrote about criminal justice, and income and racial inequality, among other subjects.

Her recent work included a California Sunday Magazine cover story for which Ms. Lee spent 17 monthswith a mother who lost her son to a police shooting.

Ms. Lee’s work has won awards from the Online News Association and Society of Professional Journalists and has been named a finalist in the National Magazine Awards and Data Journalism Awards. She serves on the board of the Asian American Journalist Association’s San Francisco Bay Area chapter. Ms. Lee earned her bachelor’s degree from New York University. She currently lives in San Francisco, California.

“Bearing witness to lives that are often absent from public view, Valeria Fernández’s work stands as testament to the trust people have in her to tell their stories with accuracy and compassion. Her journalism benefits from the kind of access that comes from years of relentless beat reporting. She brings great depth to stories of people who are often the most difficult for journalists to access, including families broken apart by the immigration system, and a new immigrant’s struggles with mental health.” – 2018 prize judges

Valeria Fernández has been reporting on Arizona’s immigrant community and the many angles and faces of the immigration debate for over 15 years. Ms. Fernández currently freelances in multiple mediums, including for the Phoenix New Times, the Guardian, PRI’s Global Nation and “The World,” CNN Español, Radio Bilingüe, and Al Jazeera English. Her recent work included a story for the Phoenix New Times in which she detailed the mental health struggles of a new immigrant in Arizona.

Although Ms. Fernández’s work nominated for this prize was from print, earlier in her career she also co-directed and produced “Two Americans,” a documentary that parallels the stories of Sheriff Joe Arpaio and a 9-year-old U.S. citizen whose parents were arrested by the sheriff’s deputies during a workplace immigration raid. The film won the Audience Award for Best Feature Documentary at the Arizona International Film Festival. It aired on Al Jazeera America in 2013 and was an official selection of the DocsDF Mexican Film Festival.

Fernández also co-directed six short award-winning documentaries along the U.S.-Mexico borderlands as part of the international web-documentary Connected Walls in 2014-2015.

In 2015, she was a producer and reporter for the Arizona Center for Investigative Reporting on a digital multimedia project that cast light on the economic and social impacts of a mine spill in Northern Mexico that broadcast in PBS, San Diego. The multimedia project won an Arizona Press Club recognition for environmental reporting.

In 2004, the National Association of Hispanic Publications named Fernández “Latina Journalist of the Year.” She holds a bachelor’s degree from Arizona State University.

This year she is a fellow for the Adelante initiative of the International Media Women Foundation. She’s covering issues at the intersection of trauma, deportation and migration.

A teleconference press briefing with Jaeah Lee and Valeria Fernández will be held on Thursday, January 25 from 2:00 – 2:45 p.m. ET. The briefing will be moderated by Brian Eule from the Heising-Simons Foundation. To register as a participant, please submit your request to Arron Neal at arron@mission.partners. A confirmation will be delivered by email containing details on how to join the briefing.

Prize winners were selected by a panel of 10 esteemed judges. The following is a list of the 2018 prize judges:

About the Heising-Simons Foundation

The Heising-Simons Foundation is a family foundation based in Los Altos, California. The Foundation works with its many partners to advance sustainable solutions in climate and clean energy, enable groundbreaking research in science, enhance the education of our youngest learners, and support human rights for all people. For more information visit, www.hsfoundation.org.