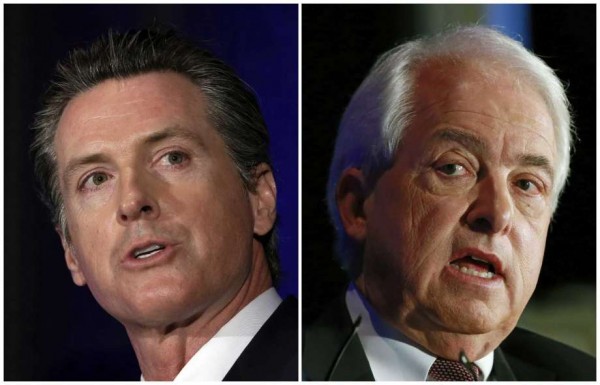 Candidates for the governorship of California in the elections of November 6, 2018, Gavin Newsom, current vice governor of California, and businessman John Cox, collide on various aspects in a public debate. Photo: mercurynews.com

Congressional District 22 Candidates Forum
Democrat Andrew Janz presents his views and answers questions in rebroadcast of Radio Bilingüe live Townhall Forum from Oct. 17**. Janz is challenging Republican incumbent Rep. Devin Nunes of Tulare, who has not yet responded to repeated invitations to participate.

These special Elections 2018 broadcasts will air on all Radio Bilingüe stations in California including three full-power stations in the San Joaquin Valley – 91.5 KSJV Fresno, KMPO 88.7 Modesto-Stockton and KTQX 90.1 Bakersfield – as well as an additional 60 stations affiliated with the Latino public radio network around the state and nation. The programs will also be distributed via webcast, podcast, and audio on demand.