Forum on Violence and Human Rights Crisis in Mexico 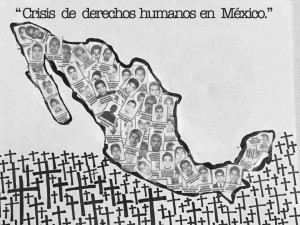 Mexico is in the grip of a spiraling wave of violence, corruption and impunity. Some 100,000 people have been murdered and more than 25,000 disappeared since 2006. According to human rights watchdogs, Mexico is facing the worst human rights crisis since 1968. The recent disappearance of 43 rural students at the hands of Mexican police has detonated months of unprecedented and massive protests in and out of Mexico.

The San Francisco Bay Area has been the scene of many such rallies in protest of the disappearance of rural students in Guerrero, the detention of self-defense militia leaders in Michoacán, extrajudicial executions in Chihuahua, and in support of the thousands of unaccompanied minors and families fleeing violence and seeking asylum in the U.S.

Is U.S. policy contributing to the crisis of human rights in Mexico?

Washington is not disassociated from Mexico’s violence. Through its Merida Initiative, the U.S. has provided billions to Mexico’s “war on drugs,” much funding security forces that Mexican citizens associate with abuse and narco corruption.

Radio Bilingüe will convene and broadcast a bilingual public forum on Violence and the Human Rights Crisis in Mexico on Tuesday January 27 from 7 to 9 PM in San Francisco. Featured guests will be renowned Mexican poet and author Homero Aridjis and a group of respected U.S. based Latino intellectuals and artists known as Los Macarturos – recipients of prestigious MacArthur Foundation Fellowships. Leaders of Mexican and human rights organizations from Northern California and the public are also invited to attend and contribute to the dialogue. 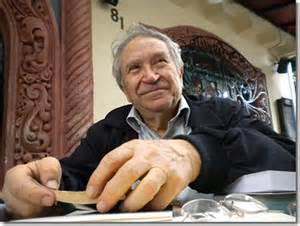 The forum conducted in Spanish and English will be broadcast live on the Radio Bilingüe national public radio network (also streamed live at radiobilingue.org). Bay area media partners include bilingual public station KBBF-FM, which will air live from Santa Rosa for six counties in the Bay Area. Other partners include public radio stations KPOO-FM and KPFA-FM, Spanish-language AM radio station KIQI, as well as community newspaper El Tecolote. In addition, Hispanic Information and Telecommunications Network (HITN-TV), a non-commercial cable and satellite TV network, will run the program tape-delay for viewers around the nation.

What: Public Forum on Violence and Human Rights Crisis in Mexico 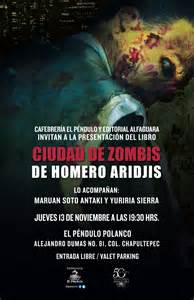 Homero Aridjis is a renowned poet, author, and one of the leading environmentalists of Latin America. He has been elected twice president of International PEN, of which he is now President Emeritus. In 1985, he co-founded and has chaired Grupo de los Cien, a group of writers, artists and scientists, which included Gabriel García Márquez and Octavio Paz. The group has called for the protection of the environment in Mexico, Latin America and the world. He served as Mexico’s ambassador to UNESCO. His most recent novel, Ciudad de Zombis, pictures Mexico’s current reality of violence, corruption, impunity and indifference.