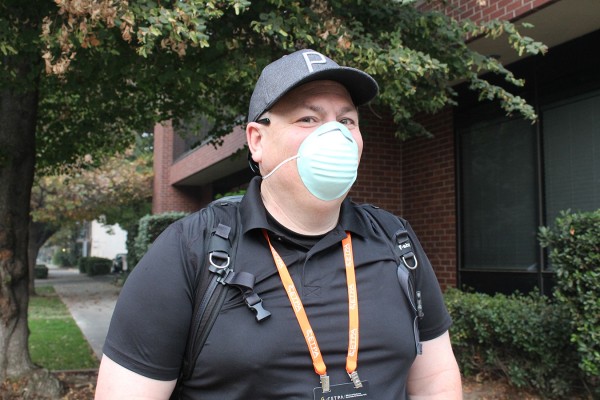 Toby Lewsadder stepped outside an Ace Hardware store wearing a simple one-strap dust mask. He knew it wasn’t the right defense against the wildfire smoke lingering in the air, but it was all he could find.

The local hardware stores he checked Tuesday didn’t have the more substantial respirator mask that public health officials recommend to defend against the harmful wildfire smoke that is blanketing communities across the state. One pharmacy he contacted was selling loose-fitting surgical masks for only a quarter.

“No one has them,” said Lewsadder, 41, who was visiting the state capital from Los Angeles for an IT conference. So, for now, the dust mask would have to do: “Something is better than nothing,” he said.

The type of mask you wear matters very much if you don’t want to inhale harmful pollutants, experts say.

And as deadly fires burn in Northern and Southern California, destroying communities and lives, millions of people outside the burn zones are exposed to the dangerous smoke that’s billowing into their communities and settling like dark shrouds.

Wildfire smoke is dangerous because it contains fine particulates that can lodge deep into the lungs, which can cause or worsen respiratory issues, such as asthma. Some groups are especially vulnerable, including children and older people.

The particulate matter floating across much of Northern California in the past week has registered more than 18 times the recommended levels by the World Health Organization. Such levels can trigger acute symptoms like difficulty breathing and headaches — even in otherwise healthy people.

Health experts agree that the best defense is to stay indoors.

But many also suggest that if you must go outside for a prolonged period, it’s best to wear the right kind of mask — especially if you have a health condition such as asthma, heart problems or emphysema. 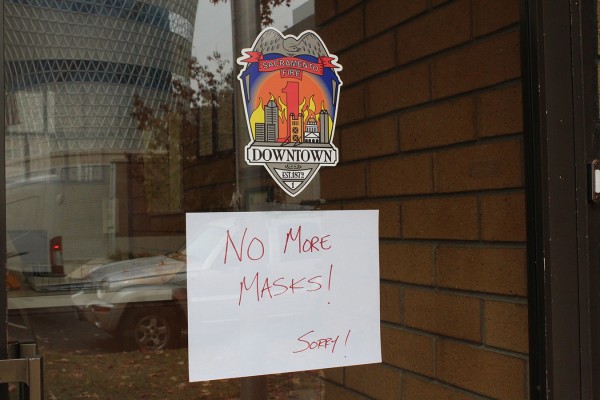 Health professionals and firefighters are fitted for the right mask, but the general public is not.

So what kind of mask is the best?

Not the dust mask that Lewsadder was wearing. Or the surgical masks that loop around your ears. Forget wearing a bandana or holding a tissue over your mouth — those won’t protect your lungs.

The California Governor’s Office of Emergency Services and the California Department of Public Health recommend “N95” respirators or “P100” masks, both of which are approved by the National Institute for Occupational Safety and Health for health care workers and firefighters.

Those simple-but-sophisticated masks are intended to block at least 95 percent of the hazardous and tiny particulate matter — known as PM2.5 — that spews from wildfire smoke. At 2.5 microns or less in diameter, the particles of PM2.5 can’t even be seen by the naked eye, said Dr. John Balmes, a professor of environmental health sciences at the University of California-Berkeley. (For comparison, a human hair can measure as little as 16 microns in diameter.)
Email Sign-Up

Once you find the right kind of mask, it’s also important to wear it correctly:

The mask should have two straps. One strap should be placed below the ears and one above. And the mask should seal tightly to your face.

“The efficiency of the mask is all about how well it fits the contours of your face,” said Keith Bein, an associate professional researcher with the Air Quality Research Center at the University of California-Davis. “If there’s a gap, air will come through the gap.”

But if you have difficulty breathing or become dizzy, remove the mask.

When a disposable mask gets dirty inside or you have trouble breathing, throw it out. 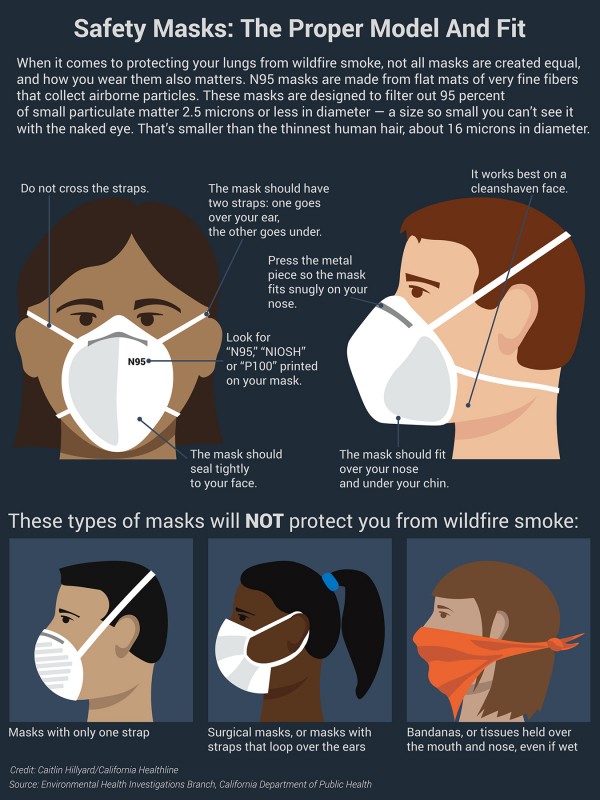 To the worry of some parents, the N95 masks aren’t small enough for most children. Balmes, a medical doctor, said he tells his colleagues that they can put adult masks on their children, but he can’t promise they will work.

In Sacramento, since the Camp Fire devastated the Sierra Nevada foothills town of Paradise about 90 miles north, the typically blue skies appear overcast. In reality, it’s a smoky haze that has settled over the trees and buildings, leaving an acrid taste in people’s mouths and irritating their eyes.

Air-quality levels in the region have been in the “unhealthy,” “very unhealthy” or “hazardous” ranges for much of the week.

Area residents have received mixed messages about whether to wear masks. Sacramento County’s public health division issued a statement saying that only those people living near the fire should wear masks because they restrict airflow and can make it more difficult to breathe. Meanwhile, the city of Sacramento is distributing free masks to the public at fire stations.

“There is confusion, and I think one of the problems is there is not enough evidence-based medicine on whether healthy individuals should be putting on these masks and when it’s effective,” said Mary Prunicki, a medical researcher and instructor at Stanford University’s Sean N. Parker Center for Allergy & Asthma Research. “That’s something we’re actually trying to investigate.” 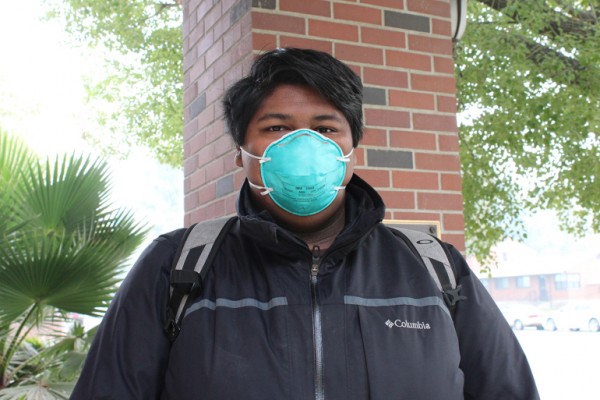 Despite the mixed messages and poor air quality, many people in the state capital appear to be going about their business as usual. Leland Gilmore, 77, who was walking his dog, Ruff, in McKinley Park near downtown, didn’t think the smoke “was bad enough” to stay inside. Neither did the people shooting hoops, playing tennis and jogging at the same park.

“I’m concerned, yes, but I’m not taking any special measures,” said Gail Peoples, 61, on her late-morning walk with her two dogs. “This time of day seems OK.”

However, Peoples said she is worried about older family members, like her mother-in-law who has pulmonary issues and hasn’t left the house for a week.

Peoples knows there’s a special mask but doesn’t know what she should look for.

When Sisco Martinez, who doesn’t suffer from any asthma or respiratory issues, felt some chest pain, he visited a Sacramento fire station for a mask.

“I work indoors, but still, I wasn’t feeling too well, so I thought I’d better go get one,” said Martinez, 19.

Experts acknowledge that the masks don’t block all the toxins in the air — the chemical gases, for example, released into the atmosphere when fire engulfs neighborhoods and the construction materials, cars, paint and other consumer goods that people use every day.

“The masks are only removing particulate matter,” Bein said. “It doesn’t remove the toxic gases.”

Still, Bein said, the proper masks are “still working better than nothing.”