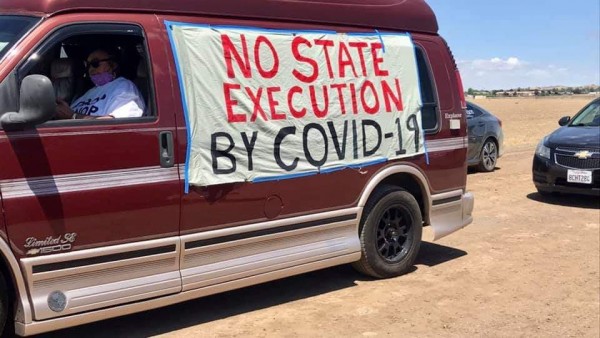 Juan Carlos Torres is free after 26 years of being incarcerated but he still hasn’t seen his family.

“I’m free but I still can’t hug my mother, my daughter, my son,” he said in Spanish.

“I’ve been here for two weeks in this little room and I don’t have contact with anyone. I don’t understand how, I’m not sick, I feel fine, but I’m still positive,” he said in Spanish.

Avenal State Prison has more than 900 total confirmed cases, 3 deaths and 78 positive cases from staff according to data from the California Department of Corrections and Rehabilitation dashboard. Across the state there’s a total of 5,500 Covid-19 cases in California prisons.

Torres says if Avenal would’ve responded sooner, he might not be sick right now and could be reunited with his family.

“It’s affecting me, this Covid thing is affecting me. And it started in prison. Prison is not doing what it needs to do to protect its people,” he said.

Torres, alongside families of incarcerated people in Avenal, and advocates, paint a bleak picture of the conditions inside Avenal State Prison— they speak of little to no training on proper handwashing techniques and mask usage, overcrowding, and not enough soap or cleaning supplies.

Avenal has a capacity of 2,920, according to CDCR’s latest month report, but data from the CDCR dashboard says they house 4,047 incarcerated people. Overcrowding is an issue that has long been documented to be a problem across U.S. prisons, making them susceptible to the spread of Covid-19.

Nationally, there’s been 52,000 total cases according to data collected by The Marshall Project.

But, an epidemiological study by the American Civil Liberties Union estimates the number could be much higher. “Actual deaths, once we account for jails, could be almost double, rising to 200,000.”

In a prison like Avenal, it’s even more difficult to social distance and quarantine than the average prison because it is a dormitory style facility with bunk beds. Torres said there were eight people in his housing unit, including him.

An employee at Avenal who asked to remain anonymous said there isn’t six feet of distance between bunk mates. Torres said it’s closer to four. 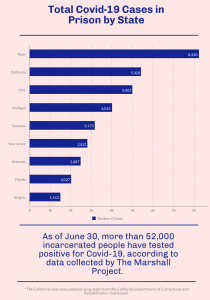 Ricky Camplain is an assistant professor at Northern Arizona University’s Center for Health Equity Research and Department of Health Sciences. Her research focuses on studying the incarcerated population. She says social distancing is the “gold standard” for Covid-19 prevention, something that she says is impossible in prison.

“It is impossible. It’s not kind of, it is,” she said. A sentiment echoed by families of incarcerated people, advocates and health experts.

Exacerbating the problem is the availability of things like soap, hand sanitizer, and cleaning supplies.

In prison, it’s not uncommon for things like soap to be rationed, and even for shower access to be restricted. According to Torres, there weren’t soap dispensers installed in the showers until May.

“I’ve been in that prison for almost 13 years and barely in May did they bring soap dispensers to the showers,” Torres said in Spanish.

Hand sanitizer is also an issue, according to the CDCR “Covid-19 Response Efforts” they provide California prisons with two types of hand sanitizer, one with alcohol and one that is alcohol free with the active ingredient Benzalkonium Chloride.

Camplain says that according to the CDC guidelines hand sanitizer should contain at least 60 percent alcohol.

“So hand sanitizer using active ingredients other than alcohol like ethanol, isopropyl, or alcohol are not legally marketed, and the FDA recommends that consumers avoid their use right now for Covid 19,” she said.

Torres described the alcohol free hand sanitizer as watery. He also said that when he was at Avenal there was only hand sanitizer in the dayroom, not in the dormitories.

“So, if the dayroom was closed there was no hand sanitizer,” he said.

In addition, Torres said that while there were posters and signs reminding people to wear a mask, he never received training on how to properly take care of it and wash it.

“Nowhere in there did it show anything on how to use the mask, or you know how to care for the mask. We got none of that,” he said. 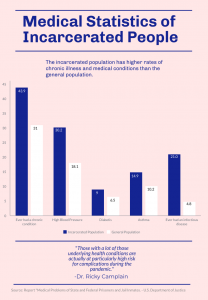 Torres said Avenal did not do enough to prevent the spread of the virus in prison.

“It’s affecting me, this Covid thing is affecting me. And it started in prison. Prison is not doing what it needs to do to protect its people.”

In addition to those factors, Camplain adds that the incarcerated population has higher rates of chronic disease and illness, and are older, than the general population.

Individuals incarcerated in prisons have higher rates of chronic disease, infectious disease, substance use, mental health problems, serious health problems compared to the rest of the US,” she said. “And so those with a lot of those underlying health conditions are actually at particularly high risk for complications during the pandemic.”

Avenal’s active number of cases have been steadily climbing down. Currently, there’s 12 active cases. The dip draws skepticism from Michelle Tran, whose husband is serving a life sentence without the possibility of parole at Avenal.

“There’s been no retesting done on anyone inside Avenal State Prison,” she said. “And that is coming from men on several different yards.”

Torres, who recently spoke with an incarcerated friend at Avenal said his friend told him he’s returning to work and wasn’t retested.

The anonymous employee said that prisoners are being tested every two weeks. But based on the CDCR dashboard it’s not clear if the total number of tests, includes retests.

“Since May 17th, it looks like the testing has been steadily increasing. But it doesn’t specify between tests and retests,” Camplain said. “This.. looks like a comprehensive dashboard, which is helpful to think about, it’s still not telling us the full picture.” 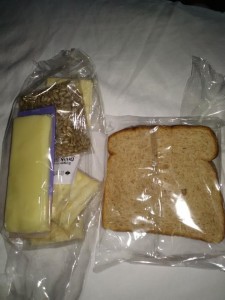 Juan Carlos Torres and Michelle Tran say the coronavirus outbreak at Avenal State Prison first spread through the main kitchen, causing it to close. Anonymous sources sent photos to Radio Bilingüe of the food that replaced the kitchen.

Advocates, health experts, and families of incarcerated say the only solution is to release people from prison.

Sutina Green, is the co-founder of Families United to End Life without Parole, or FUEL. The organization organized a caravan to Avenal at the beginning of June to demand Gov. Gavin Newsom and CDCR Secretary Ralph Diaz to release more people from prison.

Some of their demands included expediting elder parole hearings and youth parole hearings, increasing the pace of commutation interviews, and releasing people 50 or older with underlying health conditions,” among others.

In March, Gov. Newsom commuted 21 people and pardoned five, but Green says that is not enough.

“That’s awesome that you commuted 21 people, but not in the times of Covid,” Green said. “We definitely need more. People are dying inside. People are really sick.”

According to a press release, Gov. Newsom has given a total 41 pardons and 65 commutations. In comparison, former California Gov. Jerry Brown issued nearly a hundred pardons every year. He set a record with 1,332 pardons and 283 commutations according to the San Francisco chronicle.

Activists point out that much of the discussion around releasing people from prison revolves around “non-violent offenders” but that people serving long sentences like life without parole should be considered.

“Those violent offenders are the ones going to the parole board with housing plans. They’ve got college educations. They’ve got rehabilitative cradles on their file. They have a one a less than one percent chance of recidivism,” said Steven Green, who was formerly incarcerated and served a sentence of life without the possibility of parole before Gov. Brown granted him clemency.

One of the few legislators to speak out against CDCR has been Assemblyman Marc Levine, whose district includes San Quentin. He criticized CDCR for only having a statewide Covid-19 plan, and not a prison specific one.

“There is a system wide plan for the entire prison system of over 30 facilities. It hasn’t been working. We’ve seen it spread Covid spreading like wildfire. So it’s not detailed enough to give the protections that we need,” he said.

“Somebody needs to be held accountable for it,” said Torres.

The California Department of Corrections and Rehabilitation did not answer any of Radio Bilingue’s questions or requests for an interview.