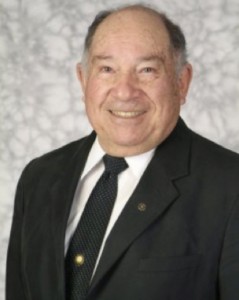 Supreme Court Judge Armando O. Rodriguez grew up in West Fresno and was one of the most influential Latinos in the San Joaquin Valley.  He was 87 when he lost his battle to cancer in 2017.

The Judge was a trailblazer as evidenced by being the first Latino elected to the Fresno Board of Supervisors and Fresno County Municipal and Superior Court Judge.  Furthermore, he was a founder of Arte Americas and served on Radio Bilingüe’s Board until the end of his life.

He left us a robust legacy to follow, and currently, through a memorial that honors his beloved wife, Betty, provides youth scholarships through the Betty Rodriguez Memorial Scholarship Fund, to college students who exhibit similar traits to excel.   We as fellow members were enriched by his presence and his insightful questions are missed.