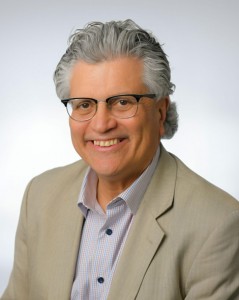 Mr. Reyes has a long record of working for diversity and community service in government and the media. Prior to joining L.A. County, he served as the Director of Diversity Programs and Community Relations at ABC7, the ABC owned television station in Los Angeles, the number two television market in the country.

Mr. Reyes started his career in television journalism n Fresno in 1971, the first on-air Latino anchor, reporter and documentary producer at KFSN-TV, California. He later served on the news staff at KMJ-TV, Channel 24, the McClatchy owned TV station in Fresno.

Reyes was involved in ground breaking reporting on the Latino community in the Central Valley, California and nationally. His experience includes 30 years working as a reporter, writer and producer for television and radio stations in California, PBS and nationally. He was a member on the first board of Radio Bilingue, KSJV-FM when it went on air in 1980.

Reyes also served as executive director of the California Chicano News Media Association (CCNMA), a respected professional organization of journalists formerly based at the USC School of Journalism, and the Society of Hispanic Professional Engineers (SHPE), the largest professional association of Hispanics in science and engineering. He also worked as a press deputy for Los Angeles City Councilmen Robert Farrell and Mark Ridley-Thomas.